While is Pittsburgh we had the morning off to do whatever.  So once we had a little breakfast, where Todd was disappointed there were no biscuits and grits :)  we ventured out.  To our dismay it was Sunday and not everything of course was open for tourists.  After getting lost and back on track we met up with the rest of the crew and decided on a "Museum".  We thought that would be cool.  Turns out it was more of a childrens museum.  Well, a science museum.  The other guys had more time that we did since they didnt have to be to the wedding early for pictures so they decided to move on and since we didnt have much time we decided to check it out.  We had fun, however Avery would have had a BLAST! 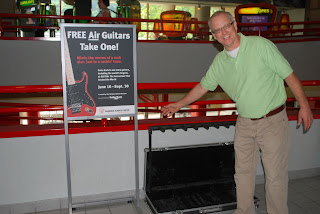 This room in particular was a hit with the KID we did have with us.  Todd has some weird fascination with Train sets.  This was a HUGE train room.  It was really cool and had a lot of history going on. 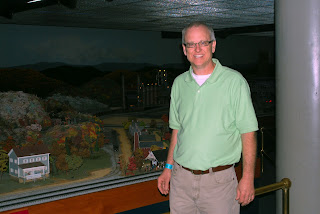 He really enjoyed it.  There was so much to see.  Each little section had so many many details from dogs with wagging tails to people walking around in the houses.  So so much to see.  This little house had people moving upstairs where the light was on and the girl in the swing on the right of the house was actually swinging. 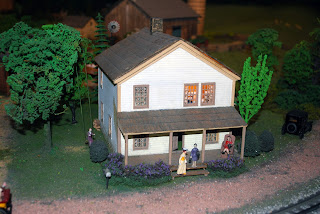 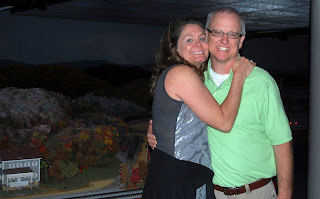 This was some sort of heat finding video camera. Thats me with the camera!  Pattie in the middle and my sweetie with the glasses. 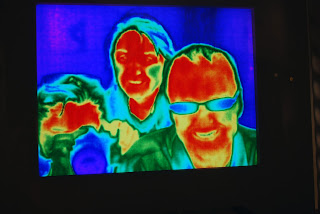 This was a check your reaction time machine.  I lost. 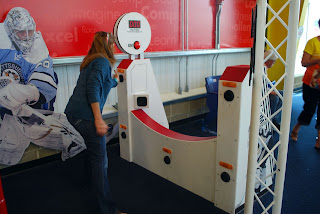 This is to check and see how far you can jump from being flat footed.  I didnt win this either.  Todd beat me but I beat Pattie!  :) 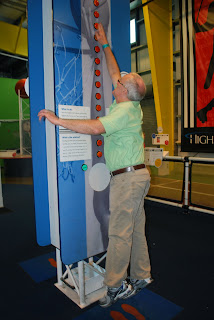 This was chin ups or rather hang time.  You pull yourself up and see how long you can hold on.  Todd beat me on this too.  It was MUCH HARDER than it looked.  I think I hurt my shoulder.  Thankfully not too bad though.  You see Todds time here was 8.1.  He went a little longer than that though.  I think I went like 4.  Not sure but definitely not good.  :(  At least I gave it a try.) 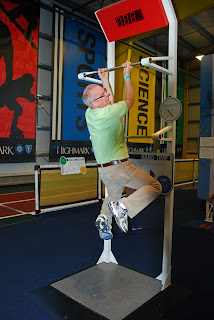 So all in all we had a good time in that Science Museum.  I think Todd and I, and Pattie too are of the thought process that you can have fun where ever you are if you choose to.
Posted by Cristi on Friday, June 15, 2012

That does look fun (except for the unicycle which looks terrifying!)

Avery would've had a blast. Maybe we can go again one day with her.

that's my girl! able to have fun anywhere. loveit and love you! mama