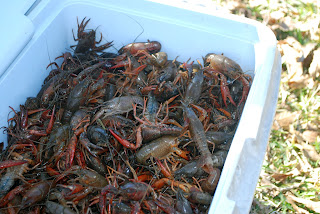 We just recently had another crawfish boil!  I love these.  I am usually not a great fan of the crawfish.  I mean just look at them...  Its mainly because of all the peeling and such.  This time I ate more crawfish than I ever have before and it was good.

Avery is not a fan of them before they are cooked.  Charlie was showing her one of them and this was her reaction.  Screaming and running inside. 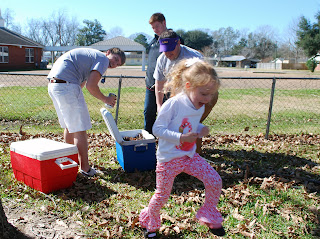 Here are the guys setting everything up. 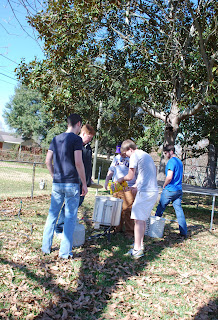 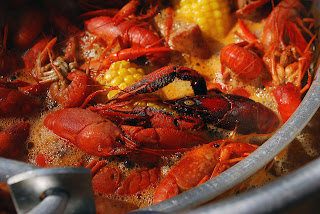 Even though Avery was not a fan of the crawfish before the boiling.  She was definitely a fan of them when they were done.  Believe me she ate her share!  We all did.  (Except for Todd) 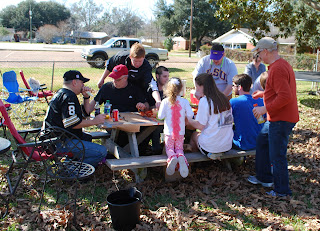 Look at this monster! 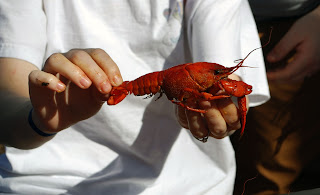 Matt told us about this idea to punch holes in these cans and drain them and add them to the crawfish boil.  Never heard of that before but we are kinda new to this. So we added a can of boiled peanuts!, and cans of green beans!  With those things (which were sooo good) added to the potatoes and corn and chicken, Todd had plenty to eat.  He enjoyed those.  We all did. 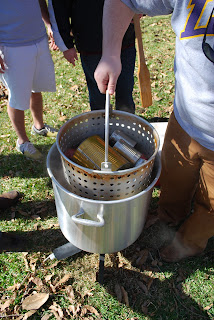 After dinner we had a little watermelon.  Avery thought it was pretty good, except for that part that got salt on it!  YUK!!!!!  Most of us however were correct in our assumption that watermelon in February wasnt the best idea. 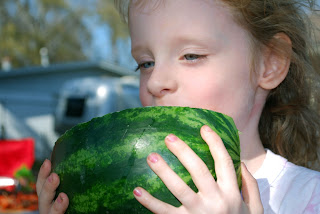 This is Casey helping out. 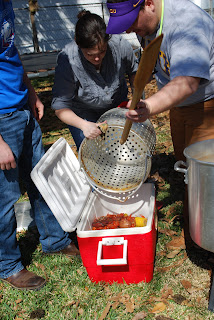 As I mentioned before---Again, Matts idea, we even added chicken wings to the crawfish boil at the end.  It was good. 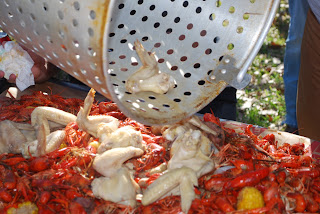 We played ladderball.  I think Mic and Charlie were pretty sure they were going to win this one. 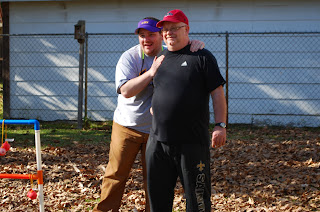 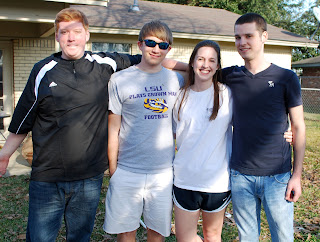 Avery thought the day was a winner! 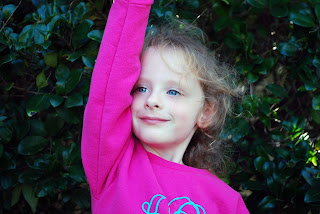 There was even a little baseball going on.  Who knows what they were using for a ball... 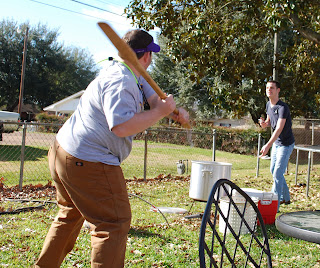 It turned out to be a very nice day.  We enjoy spending time with everyone as much or more as we enjoy the eating.  It was a gorgeous day and we plan to do this again around Easter.
Posted by Cristi on Monday, February 11, 2013