We took a family vacation to the beach this year regardless of the Oil Spill. We thought our best bet for missing the tar balls/oil was Biloxi so that is where we went. The beach was fine. Despite the fact that we were nearly the only family on the beach, which was really weird, we did have a good time there. We saw a few "tar balls". I didnt get a picture of one. What was I thinking?? I did however get lots of pictures of plenty more stuff.

At Averys first sight of the beach she pointed and said emphatically "My Beach!" As soon as we got to our Condo and half way settled in we got her suit on and off we went. At the very first feeling of the sand on her feet she was sorta freaked out. She kinda wrinkled her brow and griped a little. But after she got used to it she was up and running. She LOVED digging and dumping the sand into the water. 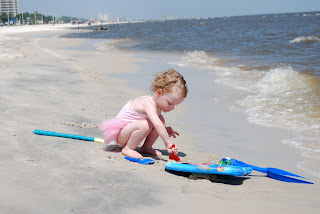 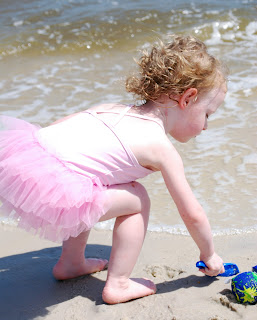 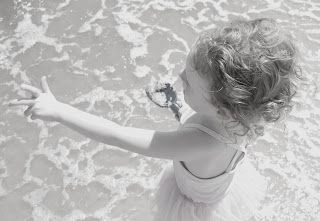 One afternoon Josh got a chicken sandwich and some fries and brought it out to the beach while we were out there. The birds gathered around for crumbs. Josh decided to feed them which caused quite a stir. 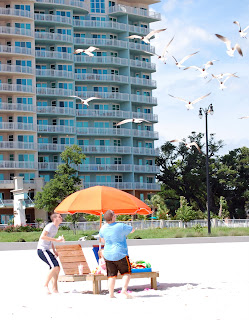 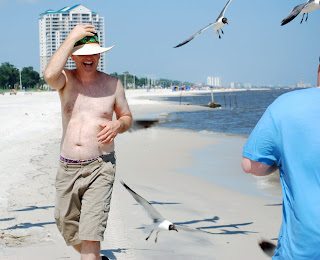 Actually it caused some tears on my part. I laughed so hard I cried at Josh and Charlie feeding the birds and then RUNNING from them. I am shocked that I got any decent pictures since I was laughing so hard and crying while taking the pictures. 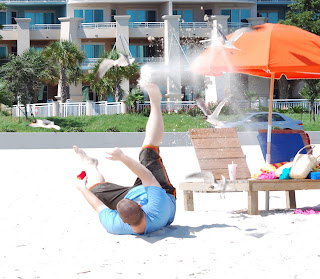 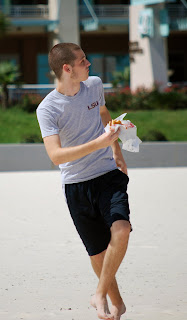 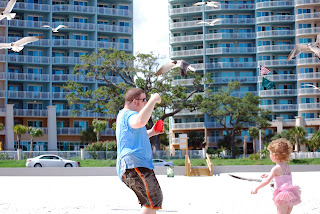 She tried hard to catch one but they were much too quick. She would shake a finger at them saying "Stay bird stay." 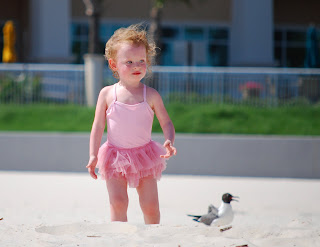 Watching them feed those birds was one of the funnest parts of this trip. 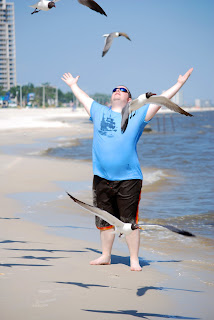 More than once when I was out there with Avery she would be playing and digging and having the best time, and then all of the sudden she would just start walking back to the condo. I asked her where she was going and she would say "Find Mama Dada". So in this case, after snapping a quick picture, I hustled myself up, grabbed our things, caught up with her, and back to the condo we went. 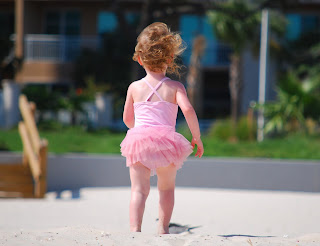 So thats all the photos for today but more to come.
Posted by Cristi on Sunday, July 18, 2010

Love the pics. Thanks for taking so many!

Great pictures. Can't wait for more to come! A trip to remember for the whole family!!