So like I said they did agree to all dress alike and go out to the beach for family photos. I personally would have liked to get more but I didnt want to push my luck. The first picture was great. 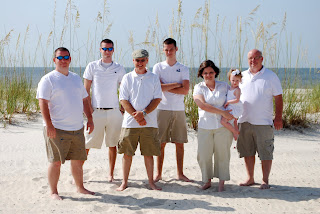 Avery was even looking toward the camera. Only one problem, someone is missing. Oh yea that is when I was behind the camera and setting up the shot. If only I had brought Jami with me then we could have all been in the shot. Of course, again, since we were basically the ONLY people on the beach there was no one else to ask to get the shot for us. Not that the boys would have been ok with me asking someone anyway. :)

My favorite is the one I put as my blog header, (even though Avery is looking at "her beach" instead of the camera) but this ran a close second. I had a hard time deciding. Which would you have chosen? Did I make the wrong choice? 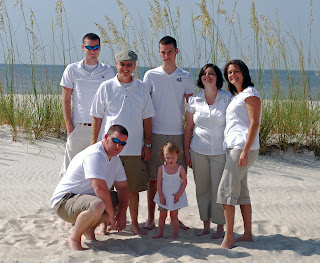 I liked this one too but I really wanted the sand dunes in the shot. I am too picky I guess. 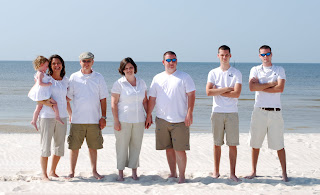 I think I got some GREAT shots of the Reeves family! Arent they sweet? 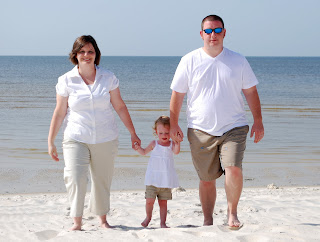 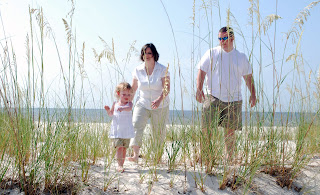 We did these the last day so when we were finished we went back to the Condo to finish packing up and head home. While we were waiting on Casey and Todd to get the last of the things we took the three crabs that Avery had in her bucket and returned them to their home. 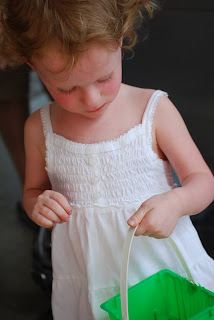 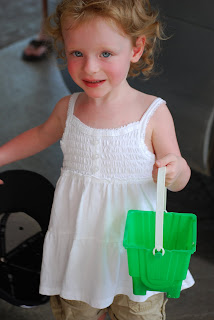 I LOVE THIS LAST PICTURE!

When we finally left, we stopped at Chick-Fil-A for lunch. We were all still dressed alike! I figured they would think we were like the Duggars! They did ask us if we were going to take pictures. If I had brought my camera in the restaurant I would insert a picture here of Josh going down the slide in the Play Land with Avery. Awwwww.
Posted by Cristi on Tuesday, July 20, 2010

Great pictures! But i am so sad! We were suppose to be in Orange Beach this week!

The pictures are awesome! Great job! :)

All pictures soooo good. But you did make the right choice of the first one. Even tho' avery is looking away at the water, you see her pretty curly hair!! Love all the pics. You do great job!

For the very short amount of time we took pics, I think we did great. Next time we should go to a really pretty Florida beach and pitch in for a professional photograher for an hour long shoot. Just a thought ;)