Day5
Breakfast was Oatmeal and raisins

This day our group was split up.

The men went down to a building that needed some demolition work.  They worked hard tearing down walls and such so that the building could get in good working order. 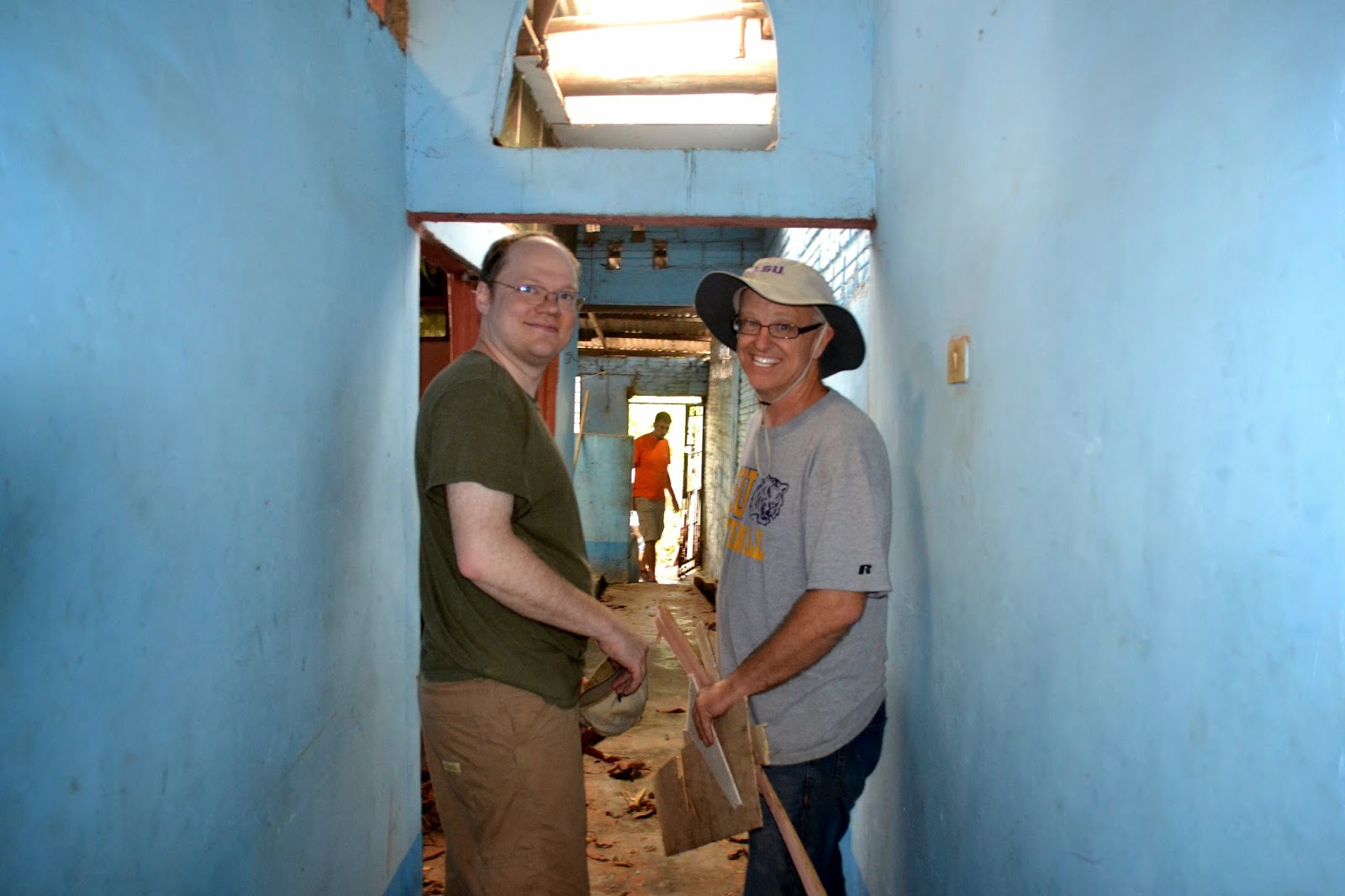 The plan is to open a bakery in that building.  That excites me.  I think its such a great idea.  This mission buys bread now and feeds many. (There will be a post about this later.)   This will be a great thing for them.  They will bake their own bread to feed hungry children and their parents who cannot purchase bread themselves.

It sounds unbelievable but the poverty is unreal there.  It is a wonderful thing for the mission to do.  They will also be able to teach Jessica House women and girls to bake bread and learn a trade so that they can bring money into their homes.  I believe they also will have a place to do sewing there, teaching the women and girls another trade.  I pray they get the funds they need to finish this project quickly and it will be up and running smoothly very soon.  If you feel so led, you can donate here!  And THANKS! 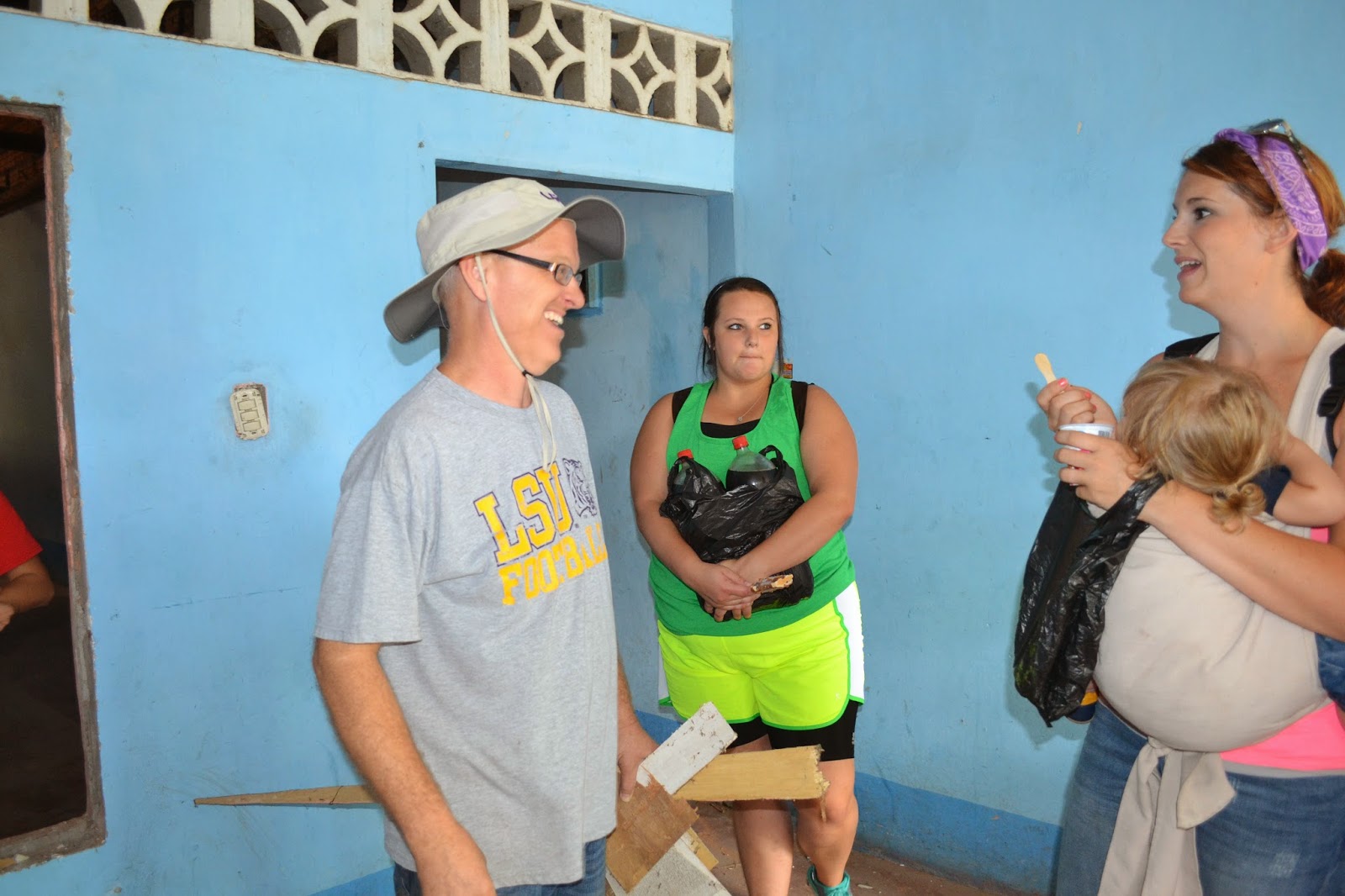 I was really glad we got to stop by there when we were returning from our morning project to see what the guys had been doing all morning. 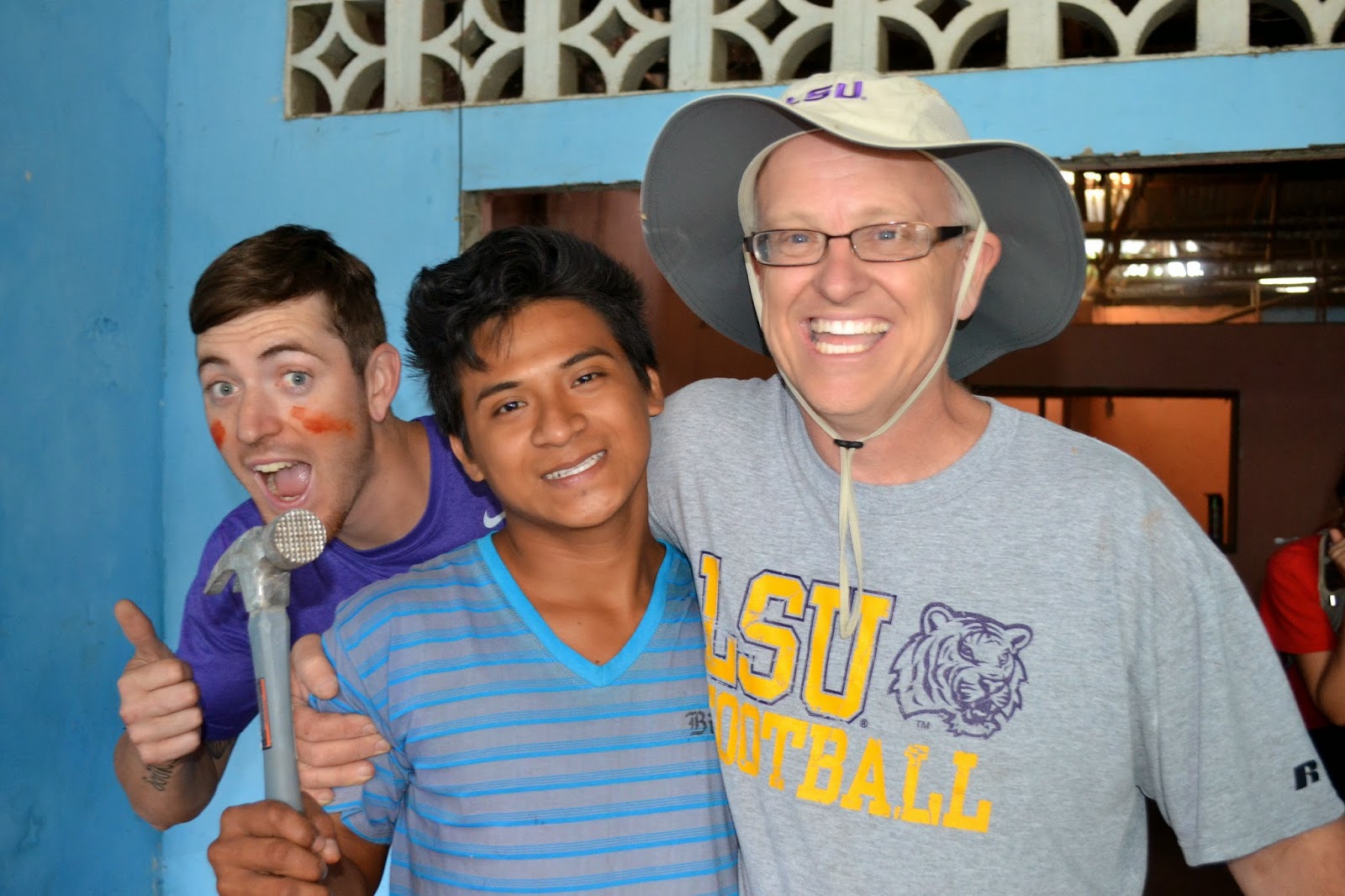 I love this picture of Todd with Jonathan.  Todd and Jonathan were buddies.  We are praying for him.  He was one of the Peruvian Safehouse guys that would come up to Todd and say "You are very happy!"  That cracked me up. 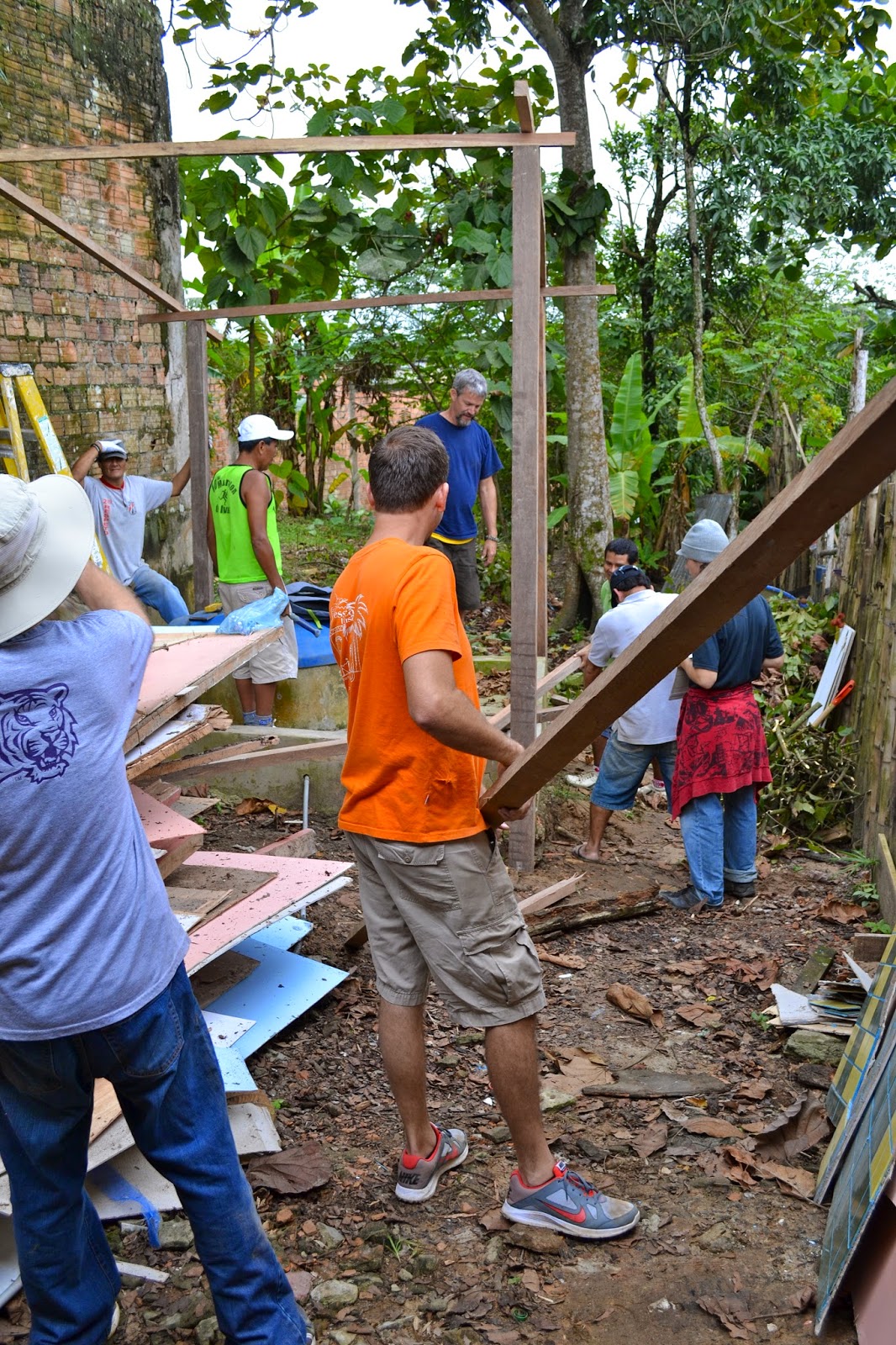 The men also worked outside building a cover for the well and some other things.  This is where Lance and a couple of others were stung by wasps!  YIKES!  When we stopped by there Todd was trying to show me where the wasps were.  He kept pointing and telling me to look up in the tree at the huge nest of them.  I couldn't see it at all.  He described it as being beside a big black leaf.  "See it?  See it?"  No,  no I couldn't see it.  As you may recall I had broken my glasses and apparently I need them for much more than just reading and seeing things up close and personal because I saw NOTHING.  That was probably a good thing though, because I may have been out of there much more quickly if I had seen all the wasps.  The men didnt let it slow them down or deter them at all though.  They kept at it until the task was done.  Good job guys.  HEROS! 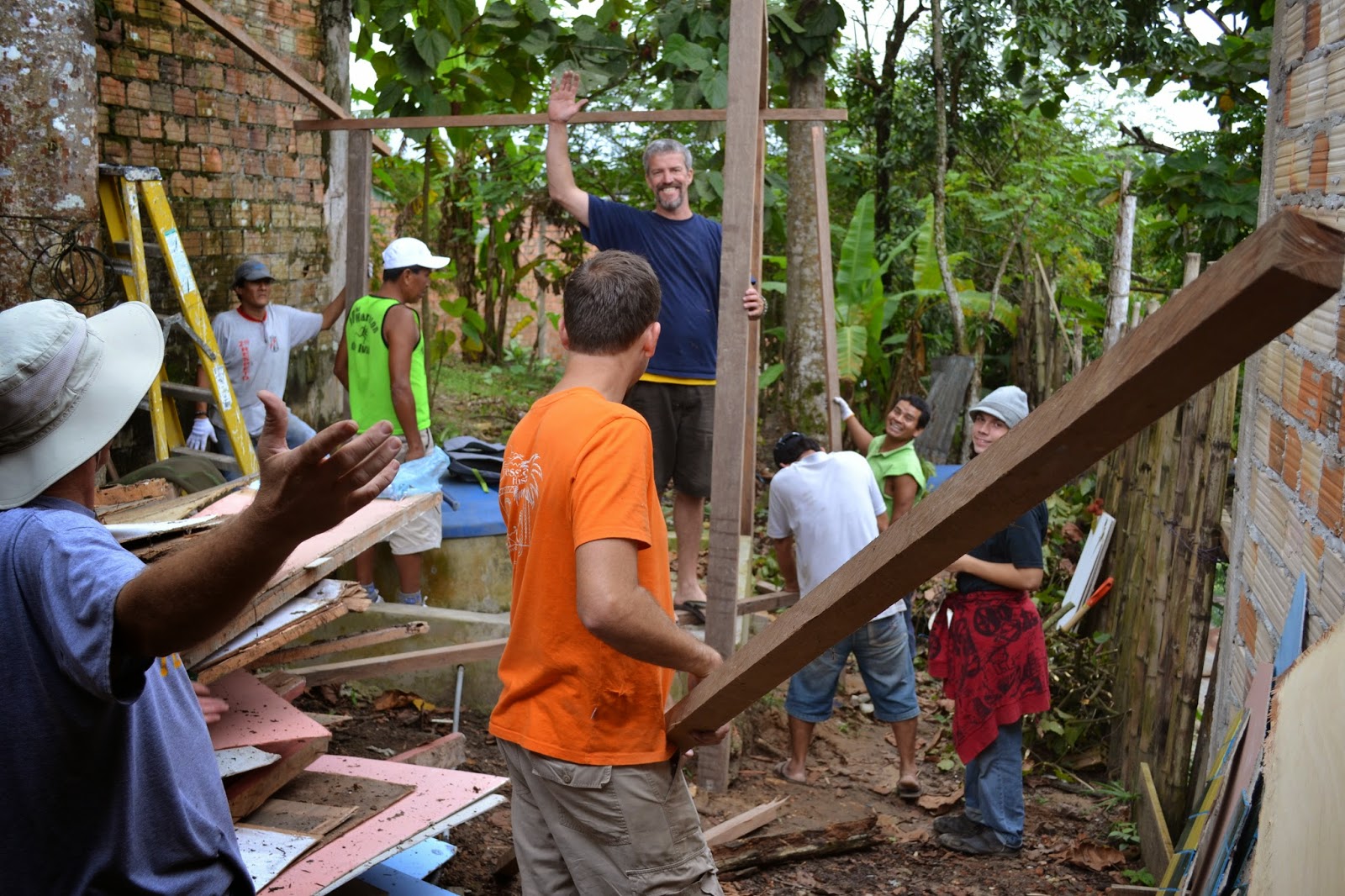