Next we headed on down the Amazon a little further down into the jungle. 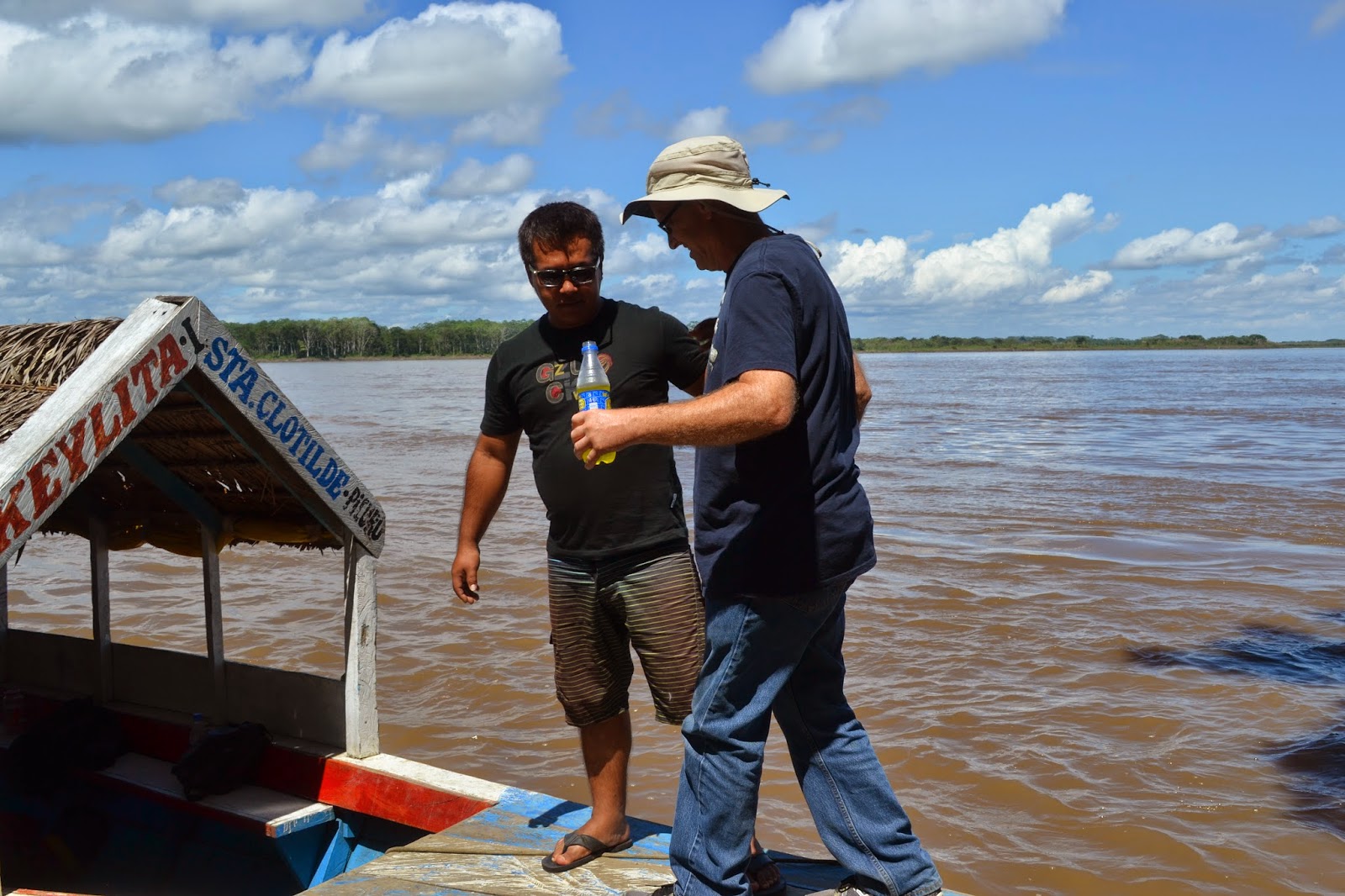 At our next stop we had lunch.  This is called Juanie. 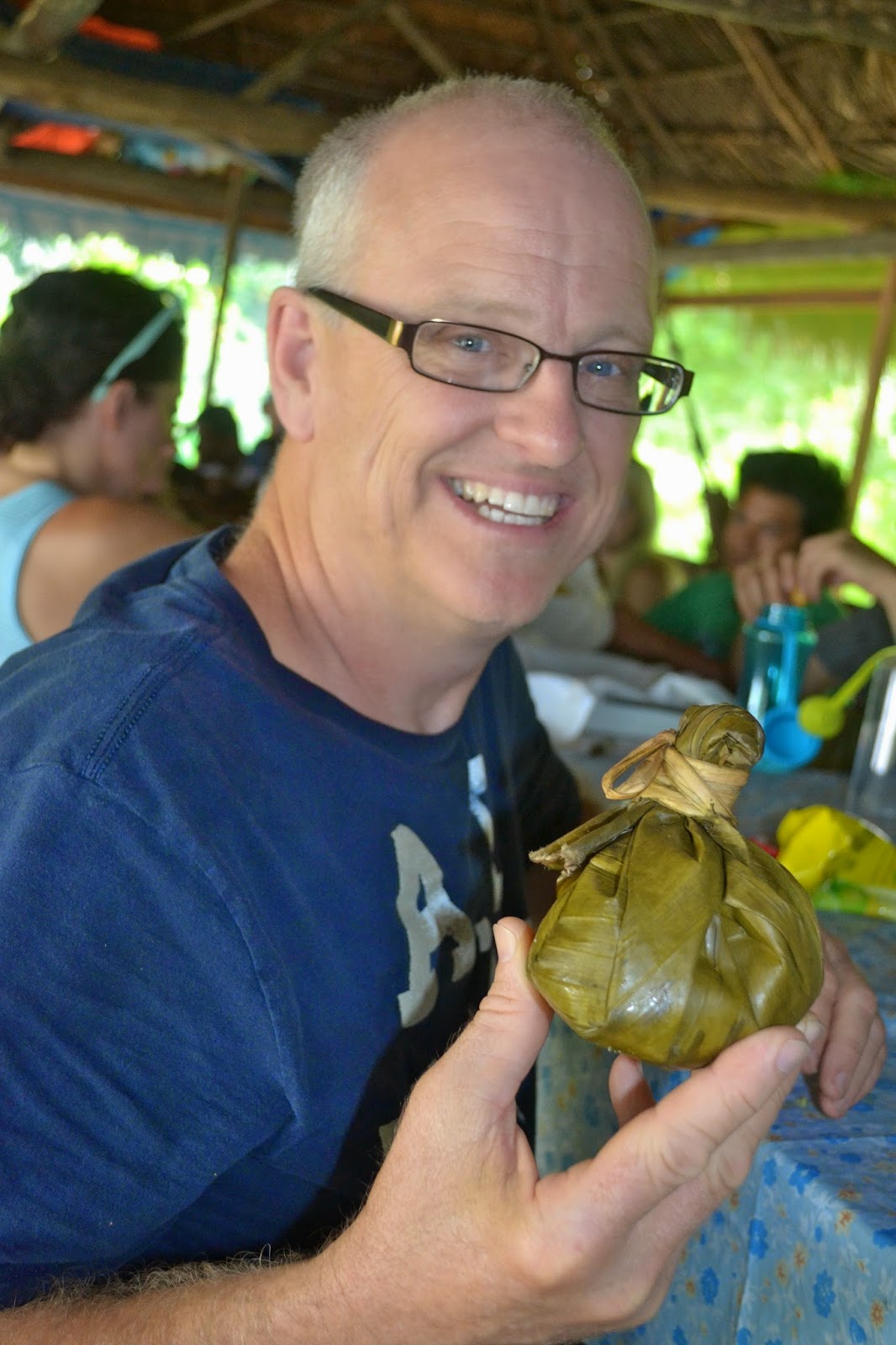 It is a traditional food of the jungle.  It is apparently a GREAT TREAT there in Peru.  The safehouse guys were completely pumped that we were getting to eat this.  It seems that they have an entire holiday surrounding it.  It is banana leaves on the outside with a ball of rice on the inside.  Inside the ball of rice was a boiled egg, an olive, and a small piece of chicken bone in. 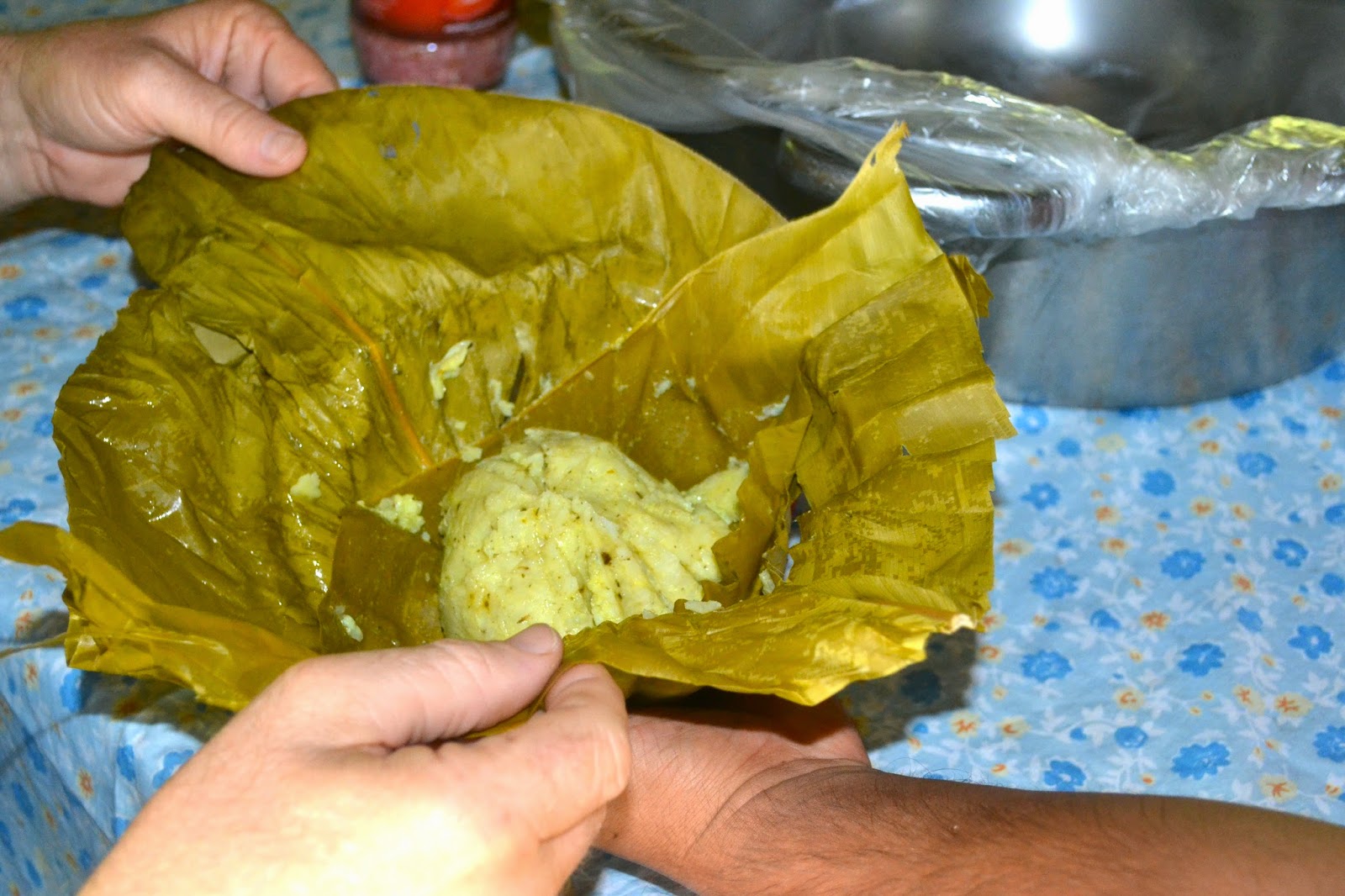 Along with that we had empanadas!  I was excited to try them since I had heard of them but never had one.  This one was a little different than we have in the states though as the outside or breading part of it was made of Jicama (I think).  The inside had meat and cheese.  I enjoyed it.  I ate two as a matter of fact. 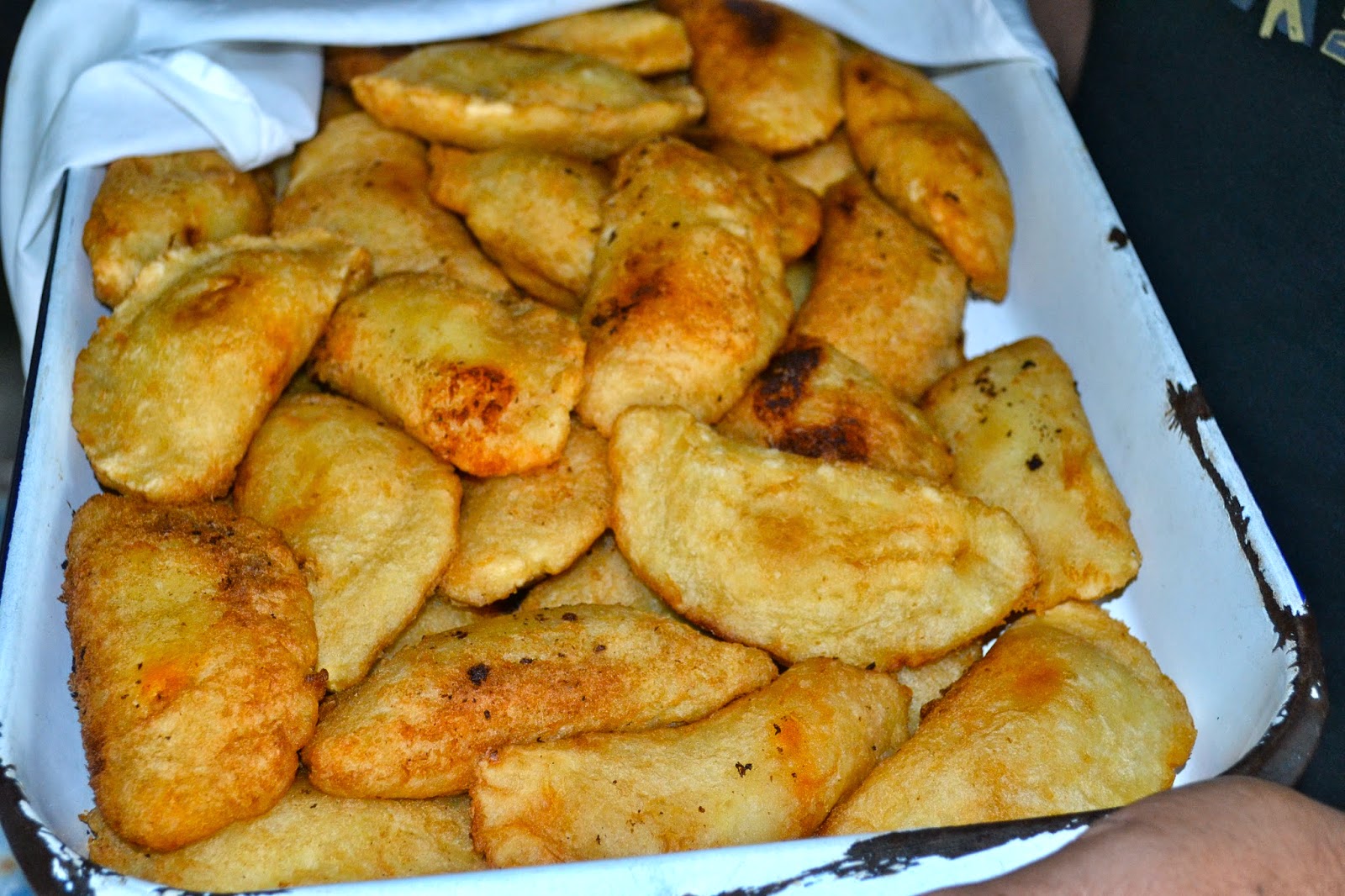 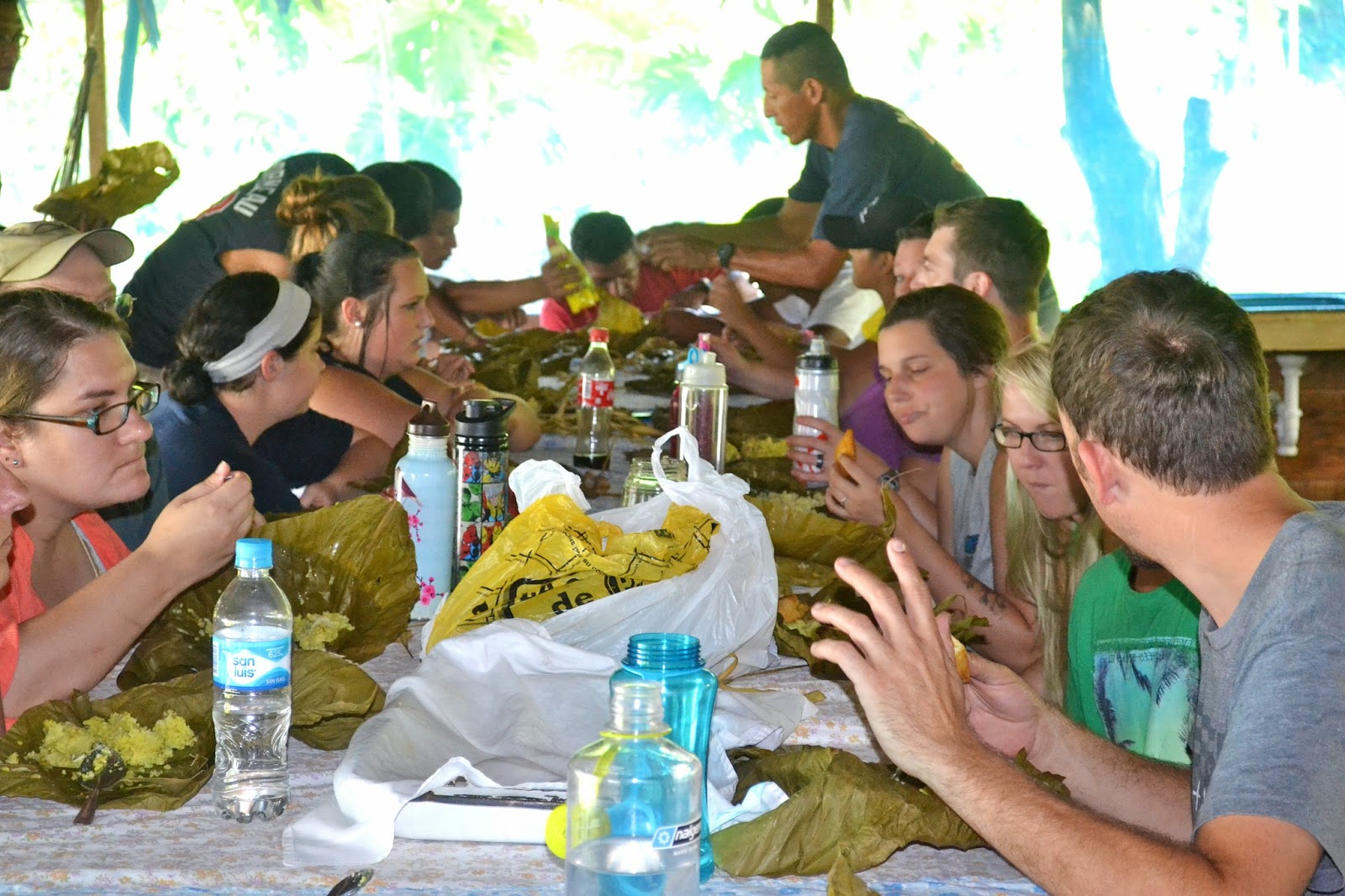 After lunch we rested a bit.  You know those Peruvians and their siestas!  You see a LOT of hammocks over there.  I totally regret not buying one while we were in Lima.  Oh well, next time!! 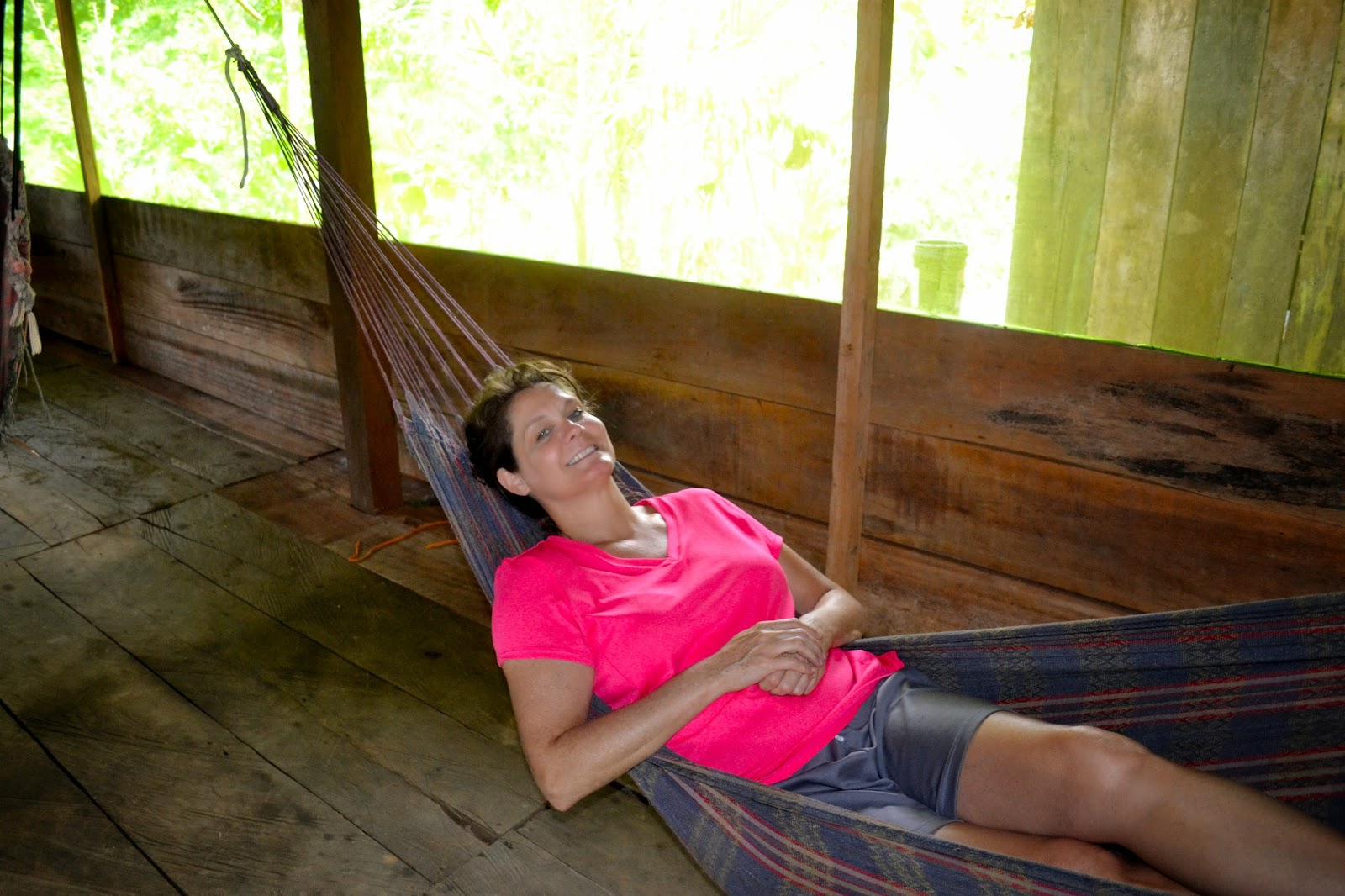 While we were at this stop we saw some natives who performed a tribal dance for us.   GEE   Wasnt really expecting that!  :) 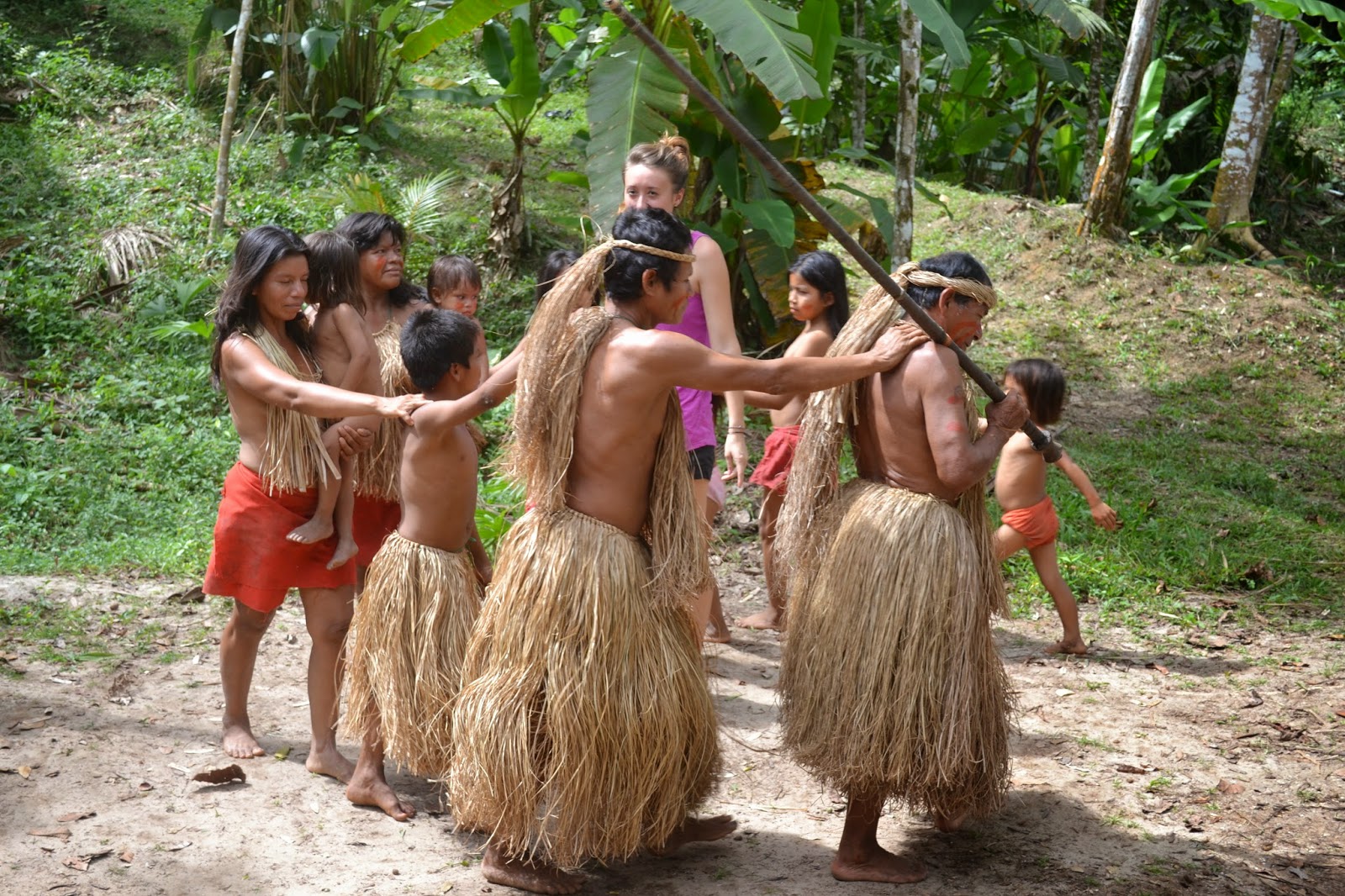 We each got to use the blow gun.  Yes I hit the mark!  Right into the tree where it was suppose to go. 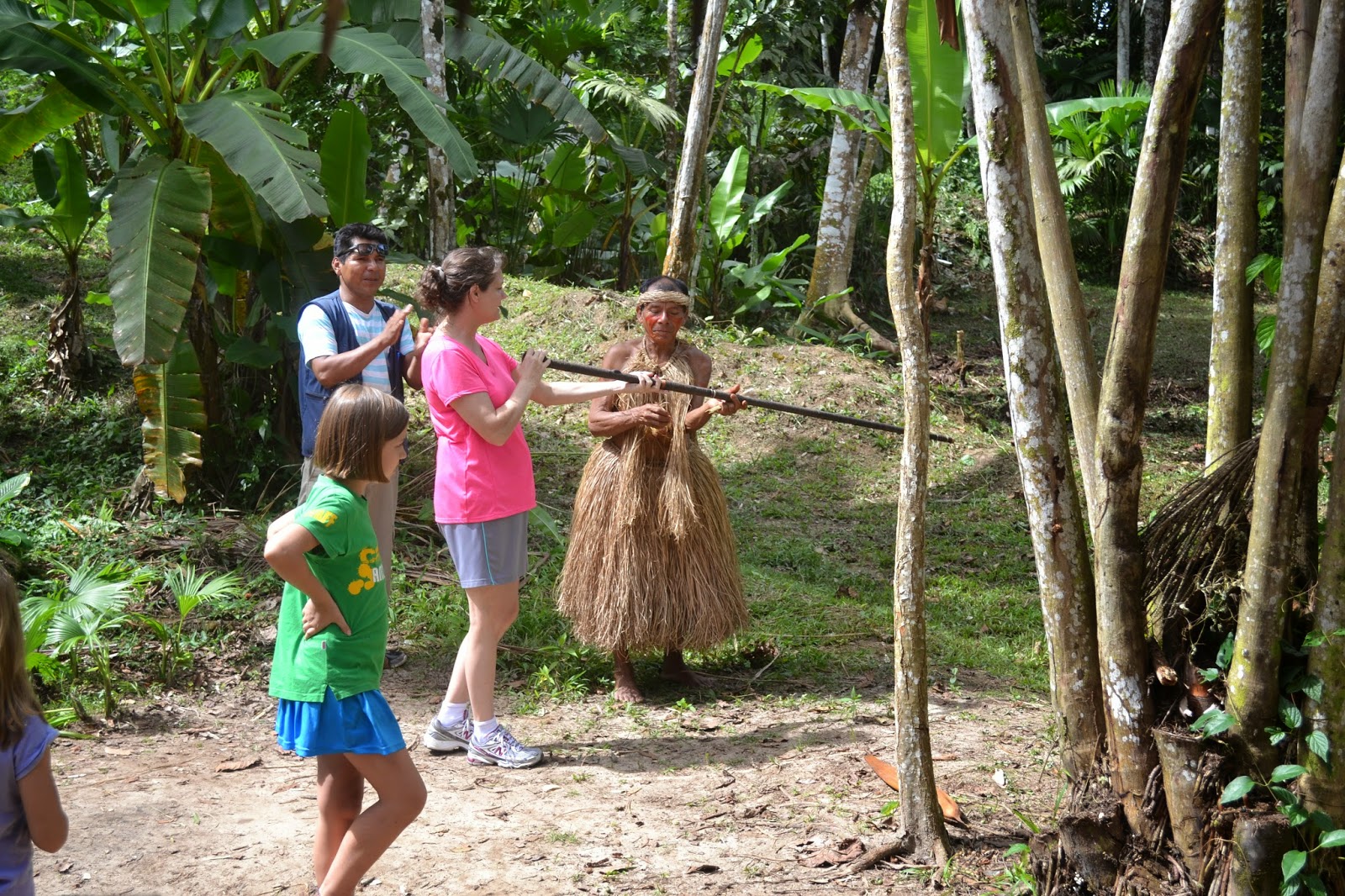 Todd accidentally sucked his breath in while he was too close to the blow gun causing the dart to go into his mouth!  BAHAHAHA!!!!  Even the native man laughed at him!  :) 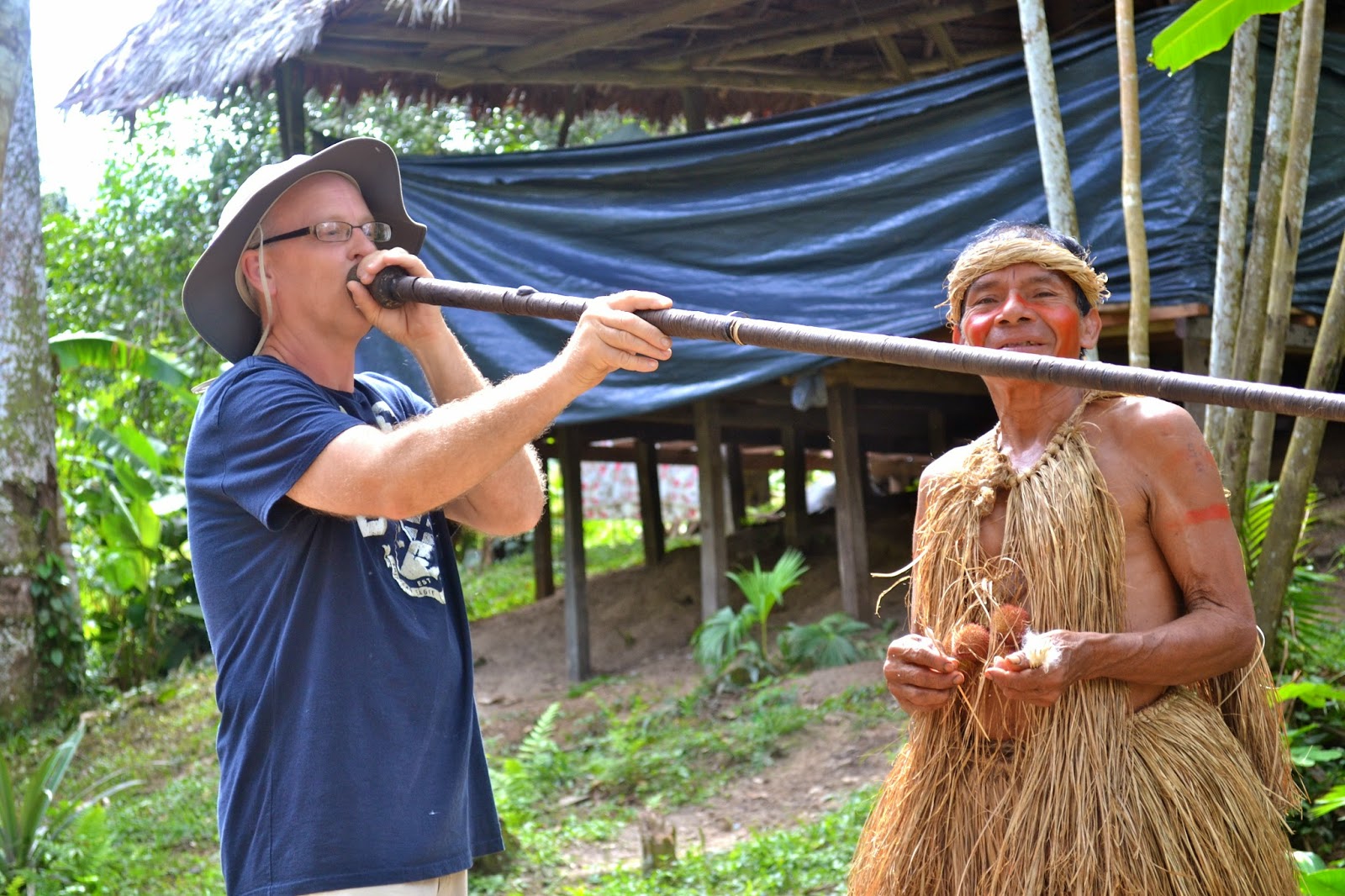 Yes, yes I have been fishing on the Amazon.   Thank you very much.  Unfortunately I did not catch a thing.  Only Lance was afforded that privilege.  Congratulations Lance. 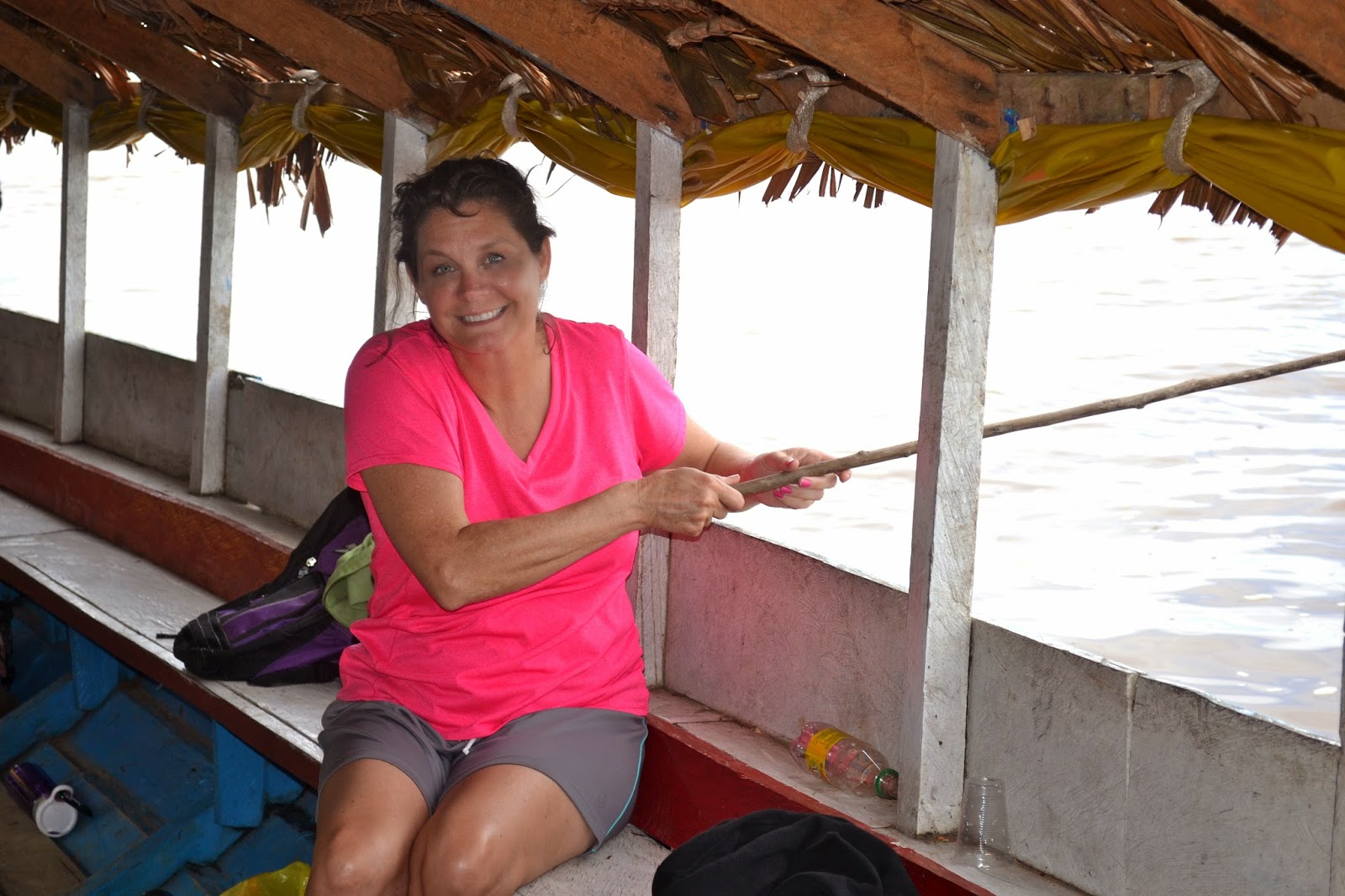 We stayed there quite a while.  There was suppose to be a hike but we all opted out of that.  They had a few things they were selling there.  That is where I got my son in laws souvenir.

After some of the kids had gotten completely covered in jungle mud, our bellies were full, and we were rested a bit we got back into the boat and moved along.
Posted by Cristi on Friday, July 25, 2014